Apple is preparing to launch new ultra-thin MacBooks in the second half of 2016 that adopt metal injection molding (MIM) hinges.

Industry sources are saying that the new MacBooks will adopt MIM hinges:

To achieve an ultra-thin design, Apple’s new MacBooks adopt metal injection molding-made (MIM) hinges. Amphenol is also a hinge supplier of Microsoft for its Surface Pro because of its special designed hinge.

While Desay and Sunwoda Electronics have submitted battery samples for testing they have yet to obtain any orders. It’s expected that Apple will unveil its new MacBook around WWDC in June. 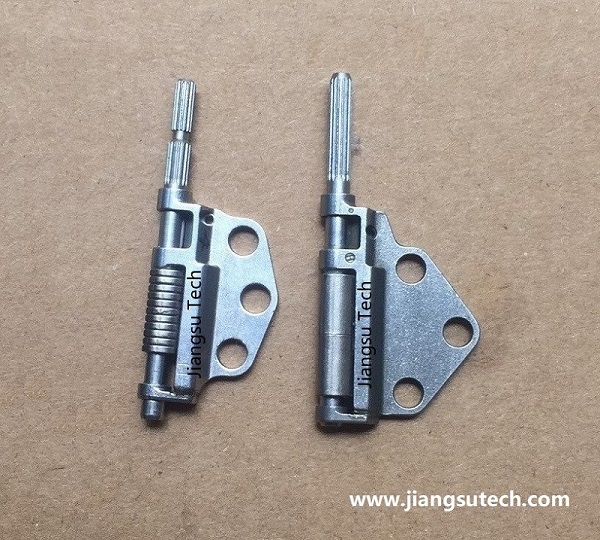 Based on an article planted firmly behind a paywall on China-based website Commercial Times, it was reported that notebook hinge maker Jarllytec began shipping metal injection molding (MIM) hinges in May for new 13-inch MacBooks from Apple. The company is also slated to begin shipping MIM hinges for 15-inch MacBooks sometime in the third quarter of 2016.

The news seemingly points to an updated 13-inch MacBook Pro that could be teased during Apple’s WWDC 2016 event kicking off on June 13. The report indicates that Apple already has the hinge in hand, but doesn’t confirm an actual showing during the conference. After all, Apple didn’t wait for WWDC to launch its sleek new 12-inch MacBooks as some of us presumed would happen, now did it?

News of the use of MIM hinge in new MacBook Pros first appeared back in April. A report stemming from Apple’s supply chain indicated that Apple was being supplied with the next-generation hinges by Amphenol, a hinge maker based in the United States, and the same company that supplies Microsoft with that unique dynamic fulcrum hinge found on the latest Surface Book Pro. It’s of course also possible that Apple actually has two MIM hinge suppliers for its upcoming MacBook Pros.

So what’s so special about these hinges? The metal injection molding process combines two technologies: powdered metallurgy and plastic injection molding. Instead of manually shaping metal, designers can create whatever shape they want by way of a pre-designed mold. Essentially, the resulting product can be created in a high volume and shaped in a single process, speeding up the delivery process and reducing manufacturing costs.

Thanks to this technique, the hinges can be designed to be thinner yet sturdy, and produced at a quick rate with low material waste. Amphenol even states that the MIM method prevents corrosion and provides a resistant polish. A chart provided by the company shows that MIM technology is capable of designs with a high complexity, has a tolerance of 0.3 to 0.5 percent, a theoretical metal density of 97 to 99 percent, and a minimum wall size on products of a mere 0.4mm. The machining process is only capable of 0.5mm.

That said, the new 13-inch and 15-inch MacBook Pro units are expected to be released later this year. Previous rumors pegged their release window to be around the fourth quarter of 2016, with the 13-inch model possibly arriving in September and the 15-inch model hitting the streets in November. They’ll reportedly pack a special OLED touch bar above the keyboard that will support Apple’s Touch ID fingerprint security and replace the physical function keys.

In addition to the OLED bar, the new MacBook Pros will likely include USB Type-C and Thunderbolt 3 connectivity, and a thinner chassis than what’s seen on the current 13-inch and 15-inch models. The super-thin (and sturdy) MIM hinge should help Apple achieve that sexy slim form factor it’s seemingly trying to achieve with this new 2016 generation.

As for Jarllytec and the hinges it’s selling to Apple, the company reportedly saw revenue rise over 29 percent in May when compared to the previous month, representing a 107-percent surge when compared to the same month in 2015. The sales performance was higher than expected that month due to the MIM hinges it manufactured for Apple’s upcoming 13-inch MacBook Pro laptops.